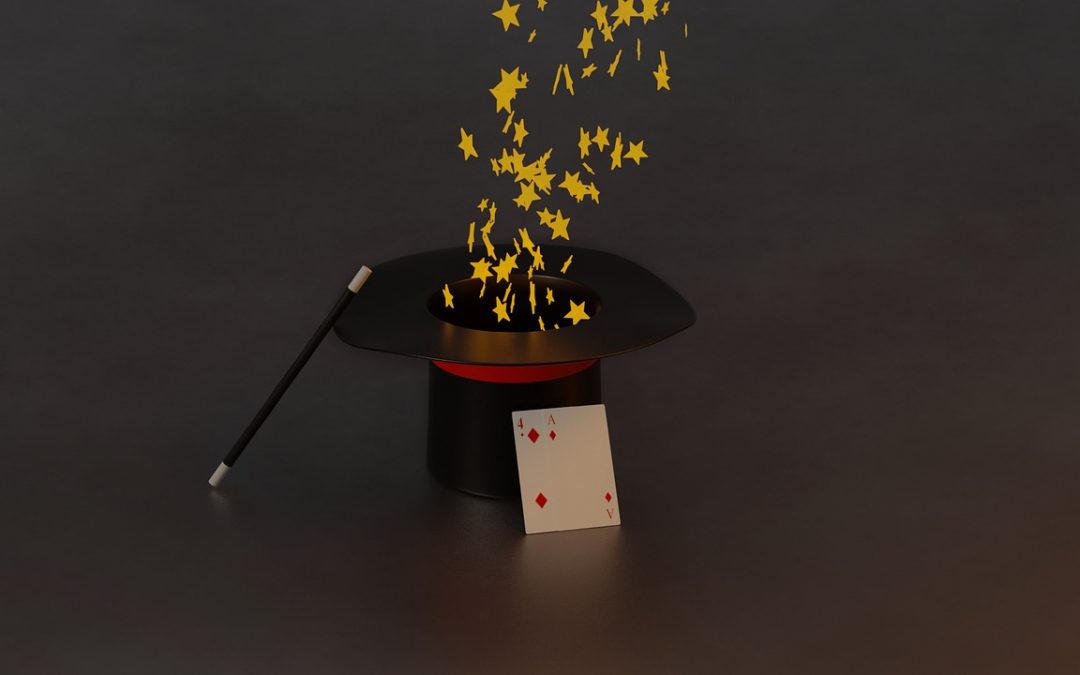 What is the difference between close up magic and stage magic? People often don’t realize that there are two very different types of magic, and some magicians specialize in just one. Most of my performances are in stage magic, but I do dabble in close-up as well. In this blog, I will talk about the art of close-up magic.

Close-up magic gets its name because you are very close to your audience, often standing less than a foot away from them. Often you are only performing for one or two people at a time, as you roam around a venue or go table to table. It is performed using small props you can carry with you, such as a deck or cards or a few coins.

Close-up magic requires exceptional presentation and sleight of hand skills, and hours of practice. It is worth the effort though because in my experience, the reactions from the audience are much more satisfying when magic is performed one on one, right up close. Some of the best moments and strongest reactions happen when the magic takes place in the spectator’s hands. As a magician, it is hard to get that same type of reaction from the stage, where it is less intimate.

I have been fortunate and have had the opportunity to perform close-up magic at various venues, including community events where I have done roaming magic from table to table and I have also performed at a restaurant in Ottawa. Performing up close for people when I was only 12, and seeing those amazing reactions really boosted my confidence, and has made me a better performer.

All in all, close-up magic is a very intricate and skill based form of magic which can leave the audience in awe if executed properly. Make sure to stay tuned for my next blog where I will talk about stage magic. Hopefully I will have a chance to perform some close-up magic for you at an event in the near future.

I am a 13 year old magician. I began experimenting with magic when I was just three years old and I did my first performance at a birthday party when I was just five. Since then, I have continued to hone my skills and have expanded my repertoire to include close-up magic, illusions as well as mind reading.